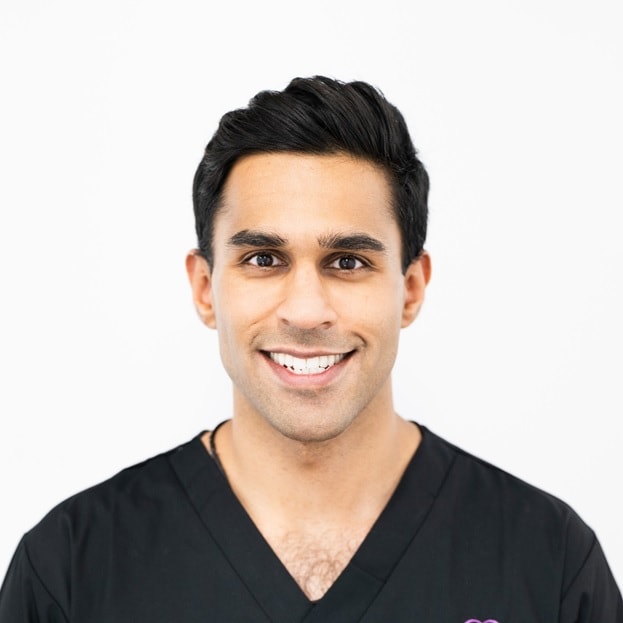 Kunal is the Principal Dentist at Dental Beauty Croydon and en route to becoming a specialist in the field of Endodontology (root canal treatment).

He graduated with Honours from Bart’s and The London; achieving a Distinction grade in all five years of study along with numerous awards and was a runner-up to the University of London Gold Medal. He has worked as the restorative Senior House Officer at the prestigious Eastman Dental Hospital and completed his Master’s degree in Endodontology; graduating with distinction. His research project, comparing the efficacy of three final rinse root canal irrigation regimens, was nominated for the Best UCL Master’s thesis and the ‘Dean’s Research Prize’. Following this, he joined the University College London teaching team for a subsequent five years and was the Deputy Director for the Endodontic Practice PG Diploma programme at the Eastman Dental Institute. He has lectured at numerous national conferences and continues to play an active role at the institute as a clinical supervisor for endodontic specialist trainees. Other prominent positions include being voted in as the Honorary Communications officer for the British Endodontic Society.

Kunal has a keen interest in providing a patient-centred approach to his dentistry and recognises the importance in being able to talk to his patients and make them feel at ease; he will explain all treatment modalities and educate all his patients before starting treatment.

Outside of dentistry Kunal loves to spend time with his friends/family and is a keen sportsman. Kunal regularly attends lectures and conferences in order to learn about the latest clinical techniques so that he can enhance his patient’s treatment.

Following the latest government and NHS guidelines on the 4th January 2021, our practice will remain OPEN for face to face appointments.

If you are in pain or need to be seen urgently please call 01322 668 150 or email info@dentalbeautyswanley.co.uk